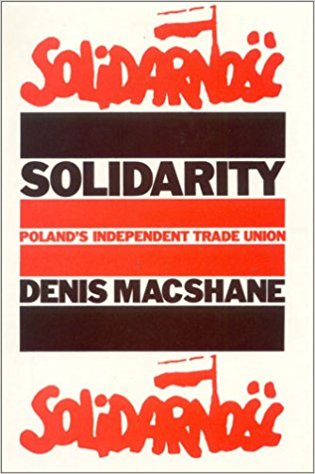 In 1921, the 10th Congress of the Bolshevik Party succeeded in choking a young voice—the voice of the Workers’ Opposition, a small group inside the party which called for direct control of workers over industries, introduction of a more egalitarian policy in wages, freedom of criticism for the workers, fight against bureaucratic party administra¬tors and recognition of the creative initiative of the pro¬letariat.
About 60 years later, voicing the same demands, industrial workers of Poland launched a movement that has led to the creation of ‘Solidarity’—the first independent trade union free of either party or state control in the socialist world. The Workers’ Opposition in Russia was snuffed out by the clouds of smoke from the Red Army cannons that crushed the Kronstadt uprising. Poland’s Solidarity however is still surviving—unsure of its future, operating under the looming shadow of a belli¬gerent Soviet Union ready to march its troops into Poland. Yet it has been successful to some extent in wresting econo¬mic and democratic benefits for Polish workers from a weak and divided government in Warsaw bolstered up by the military.