Between Obeisance and Abuse 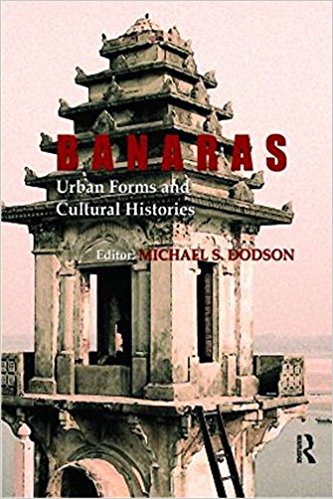 Banaras is enigmatic; ‘a city of stark contradictions’ that ‘elicits complicated feelings’ and never allows one the satis-faction of a rounded comprehension of its multilayered myriad mysteries. The city’s con-tradictions challenge one’s purse, prudence, and patience but Banaras still retains its charm and unceasing pull. The Ganga which is paid rich obeisance to provides both material and spiritual succour to the city of Varanasi. It is propitiated on a regular basis but ironically also abused incessantly. Ghats—the site of dialogue between the river and the city—have fallen prey to this twin process of obeisance and abuse. Moreover, ‘(t)he draw of easy money from the tourism trade distraughts several elements of urban society’,1 and Varanasi is no exception to it.

The aim of the book is to explicate the enigma of Banaras’s urban character by histo-ricizing its last two centuries of existence and evolution with special emphasis on the ‘examination of the process of British imperialism,’2 and its impact and role in complicating the contemporary challenges faced by Varanasi.

Banaras presents itself not just as the best case but also as a test case to reflect on the various challenges faced by India as a whole. Contrary to general essentialization that has plagued scholarship on Banaras, the contributors here touch on the religious with a view to histori-cize and to bring its social meaning to the fore and not to valorize or romanticize the city’s association with a particular religious tradition. That is to say, the probe of Banaras’s urban forms and cultural histories is also an exercise in rescuing and retrieving Banaras from having been and remaining an Orientalist commodity. By that token, the historicization also aims to retrieve the ignored but conspicuously present Islamic segment of the city. The book is an attempt towards the ‘deconstruction of the “city of light” genre, through a rigorous historici-zation of identity