Behind the Scenes Musings of a Photojournalist 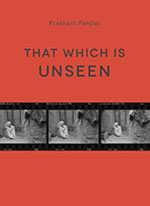 Photography emerged as a bare witness to the happenings and developments that were taking place in the fast-changing world of the nineteenth century. The veracity of the camera was undisputed, as it overcame the interpretation of its predecessor—the illustrator’s brush. Photojournalism took some time to emerge on its own, as the technology to transfer photos on to the newsprint was initially not there. India was lucky to have an early tryst with photography as the British who were its pioneers had just established their presence in the form of the East India Company. British administrators found this country to be a fertile ground to practice this new technology that would become an aid in governance. Later events such as the freedom struggle and then the emergence of Independent India became subjects of extensive documentation and storytelling. Early practitioners used the camera as a weapon for strengthening administration and keeping an eye on the subjects but once the democratization of technology gave its power to Indians, the same camera was used to exhort them to take up cudgels against the colonial masters. Early Indian photojournalists like Sunil Janah and Homai Vyarawalla made iconic images of national leaders and then showed us the making of modern India, its people and their diversity. Visual storytelling threw up some great newsmagazines in Independent India and a new crop of photographers like Raghu Rai and others emerged who gave the world an insider’s view of the country.

Prashant Panjiar was mentored by Raghu Rai in his early career and gradually carved his own niche in the field at a time when newsmagazines flourished and print was the mainstay of news circulation in India. His book, That Which is Unseen is a tribute to those times and covers thirty years of visual storytelling by Panjiar across the subcontinent.