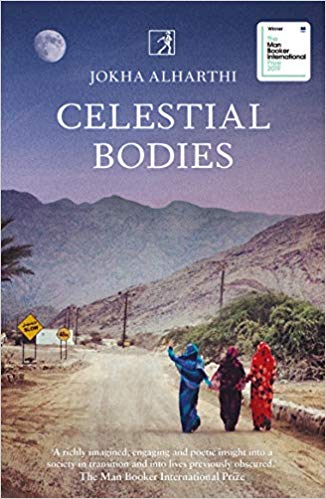 An award-winning novel raises multiple expectations, not only on its substance and style but on its linguistic strength in connecting the reader with the imagined world of possible realities. At the end, what count are the lingering thoughts the prose leaves the readers to continue to grapple with in solitude. Celestial Bodies, the first Omani novel to win the coveted Man Booker prize, ticks all the boxes on being imaginative, alluring and irresistible at the same time. First published as Sayyidat al-qamar, the novel by academic Jokha Alharthi traces an Omani family journey over three generations, through the twists and travails in a country that emerged as an oil-rich Gulf state in the 1960s but was the last to abolish slavery in 1970. Carefully crafted on a historical canvas, it prisms the lived experience of three sisters as they swim through changing times that opens life in an Omani village to the world.

For American historian Marilyn Booth, who translated the book and shared the prize, there were surprises throughout. What attracted her to translate Alharthi was the absence of stereotypes in her analysis of gender, race, and social distinction. ‘Through the different tentacles of people’s lives and loves and losses we come to learn about this society—all its degrees, from the very poorest of the slave families working there to those making money through the advent of a new wealth in Oman and Muscat.’ Alharthi weaves individual stories through a distinct but intricate and engaging narrative; while the third-person account deals with the person(s) on whom the chapter is named, the first-person reflections are by only one character, Abdallah—the lone voice in a man’s world who happens to be the husband of the eldest of the three sisters.

Celestial Bodies is set in the Omani village of al-Awafi and follows the stories of three sisters: Mayya, who lay immersed in her sewing machine but marries into a rich family after a heartbreak; Asma, who was at peace with her books and marries for duty; and Khawla, who spent the better part of life with her mirror and waited to marry a man who had emigrated to Canada. Undoubtedly fallible but individualistic nonetheless, each has a share in the complicated inter-generational relationships in a domestic drama that connects the ‘past’ with the ‘future’ through a transitional ‘present’.  It is the subtle artistry of the author that allows its characters to retain their individuality, but not without being part of a home that has externalities of influences at work all the time, which sheds light on travesties of life in Oman.