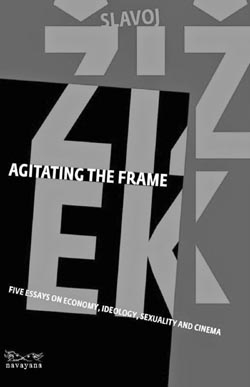 Agitating The Frame, a collection of Zizek’s six essays, has an ambitious plan with lofty objective which attracts, while the very same turns out to be unmanageable monstrosity. And thereby it succeeds in becoming a book worth reading, to love as well as to hate the theoretically instigating monster named Zizek in the contemporary social science and humanities. One is inclined to read between the lines when Alain Badiou notes in his comment about the book: This is the first time that anyone has proposed to psychoanalyse our whole world.