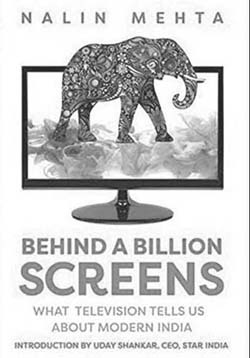 Since the advent of television in India the number of licensed television sets in India grew from 55 in 1964 to a lakh in 1975 and to just over two million connections in 1982; in 1991 a total of thirty-four million families owned television sets, growing to 65% of the Indian popula¬tion owning television sets by 2014—the so¬cietal and political landscape has transformed quite dramatically.