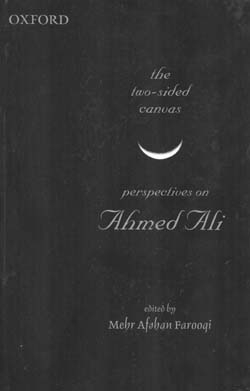 Ahmed Ali (1908–1994) is better known in the English-reading world as one of the founder members of the Progressive Writers’ Association in 1936, as one among the four of the (in)famous Angaray group. But Ali’s reputation as writer and scholar suffered variously, Farooqi points out in her Introduction, when he separated himself from the PWA and from mainstream Urdu writing as well. This edition tries to examine the many-faceted talents of a man who wrote short stories and poetry, novels as well as essays, enjoyed a considerable reputation as a translator of Urdu literature, and later translated the Koran, which itself ran into several editions, through the different essays included in it.