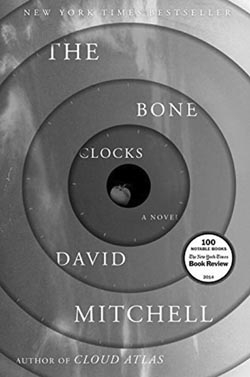 ‘Life is a terminal illness’, says the character of Hugo Lamb in David Mitchell’s latest work The Bone Clocks that was also recently long listed for the Man Booker Prize. A few pages later,Lamb is drafted into a club of immortals with a stolen and perverse ability to drink the soul of another human being.
What is a soul and what is it used for in literary works? David Mitchell’s impressive literary works of fiction straddling non-fictional worlds are often elaborate commentaries on human evolution, human nature and the temporal worlds that bind souls. However, for Mitchell, souls are atemporal, morphable and easily transplanted across time and space, race and religion into different human beings.

Vasundhara Sirnate is with The Hindu Centre for Politics and Public Policy, Chennai.