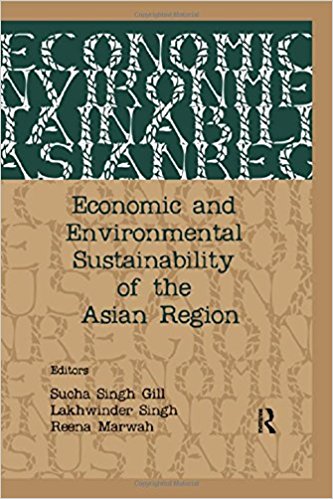 The past few years have been notable for the rapid and sustained economic growth of Asian economies, India and China and other countries of Southeast Asia. The spectacular growth performance of Asian nations continues unabated even as the advanced industrial economies of the world have grappled with rising unemployment, an unprecedented financial crisis and the spectre of continued recession and depression. During the same period, there has also been growing acceptance of the phenomenon of climate change and an emerging consensus across the world over the need for rapid collective action to slow down the pace of global warming. Economic and Environmental Sustainability of the Asian Region attempts to combine these two events and to examine the interconnections between them. The discourse on sustainable development, especially with reference to climate change, has increasingly begun to factor in the rapid growth of Asian economies, with their backlog of developmental aspirations and a huge population hungry for its share of affluence and global influence.

This book brings together a number of papers on diverse issues like international climate change negotiations, ecological sustainability of Green Revolution agriculture, effects of genetically modified (GM) crops, agricultural risk and weather derivatives, groundwater markets and themes in international political economy, with special reference to Asia, and particularly India. The book has emerged from deliberations that occurred during an international conference on the sustainability of Asian economic development, held at the Punjabi University, Patiala under the aegis of the Association of Asia Scholars.