Arenas and Acts of Telugu-ness 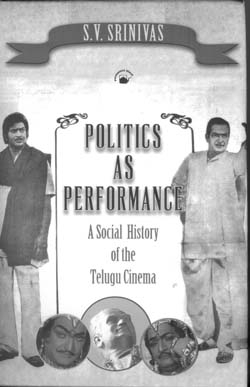 S.V. Srinivas’s new book tracks a history of Telugu cinema over fifty formative years, in terms of its industry as well as the cultural shifts in the medium. Beginning with the premise that the connection between cinema and the politics of a society is a crucial one, SV (as he is popularly known among colleagues and friends) explores the beginnings of Telugu cinema in the context of the rise of new socio-political elites in post-Independence India as well as the emergence of a new idiom of mass politics through Telugu cinema. The focus is not so much a historical take on Telugu cinema in technical terms but, rather, a study of cinema and the political economy of Andhra Pradesh.