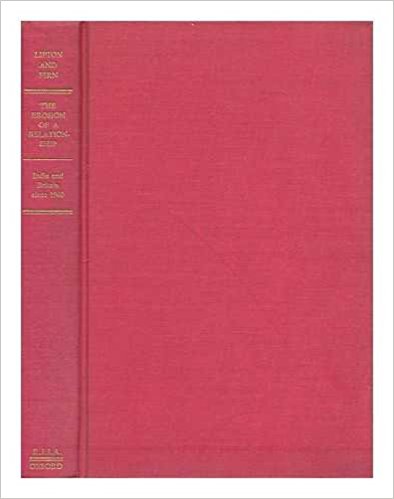 With stabbings and race riots, the relationship between India and Britain is today much in the news. To most of us, especially those in and across middle age, that relationship is overlaid with a large number of historical hang-ups, We have known the best and the worst of this contact; and in l947 and immediately after, we elected to forget the worst. This can, of course, and has often been much simplified and overstated. If the leaders of the Congress, despite all their earlier theorizing and commitments, preferred Dominion Status to imme­diate severance of the British link, it was not a result of sentiment but because this seemed the easiest way of arranging the transit from empire to freedom. Later, if Nehru opted to find a way of keeping the Indian Republic in the new Common­wealth, his motivation was not a blend of nostal­gia and the overpowering influence of Mountbatten. India was not charmed into remaining in an associ­ation which was presided over by Britain. Beneath the outer softness of Nehru there was a hard core of realism and a clear recognition of India’s inter­ests. He kept India in the Commonwealth because it suited her at the time.