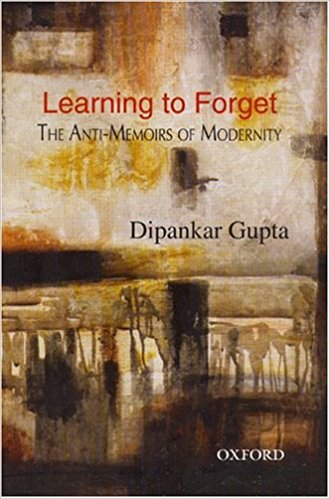 This latest offering from the well-known sociologist Dipankar Gupta follows up on arguments developed in his earlier work entitled Mistaken Modernity. This is essentially an argument in favour of ‘modernity’, which Gupta portrays as an ideal disposition and a form of social relations towards which contemporary societies are, or should be, evolving or striving. Gupta sets out his rather convoluted theoretical and philosophical framework in a long first chapter that is difficult to summarize. His first point is that modernity is an unfinished project — a ‘coming into being’ – that is manifested differently in different contexts and has not been achieved fully anywhere. Rejecting common ‘morphological’ definitions of modernity based on industrialization and urbanization or the rise of individualism and of rationality, he defines it as a specific form of social relations based on ‘intersubjectivity’. Using the term ‘intersubjectivity’ somewhat differently than is normally understood in sociology, he equates it with another concept, ‘iso-ontology’, which is “a structural condition that creates an ontological sameness”.