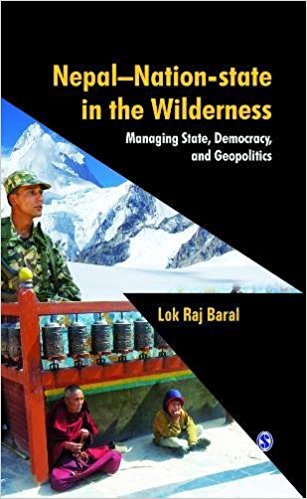 Nepal is in a state of turbulent peace. Peace prevails, albeit negatively, with an overall decrease in the level of violent outpourings post the 2006 movement. The dissolution of the Constituent Assembly (CA) without fulfilling its mandate of creating a new constitution has resulted in unrelenting turbulence in the country. Nepal—Nation State in the Wilderness aspires to knit together three underlying themes: the ‘viability of the Nepali State, prospects and challenges of the liberal democratic setup and the strategies for managing the emerging geopolitical trends’. The book is divided into six chapters with the above themes reverberating in each chapter. The history of Nepal is paradoxical. It was widely believed that with the end of the institution of monarchy and the participation of the Maoists as a systemic party in the 2008 CA elections, Nepal’s transition into a secular democratic republic from a Hindu monarchical State would be completed peacefully. However, inter- and intra-party conflicts among parties and the lack of political will of the elites have pushed the country into uncertainty. Nepal’s political history is not sequential and coherent and, therefore, defies many commonly held generalizations of such developments (p.13).