An Out of the Ordinary Life 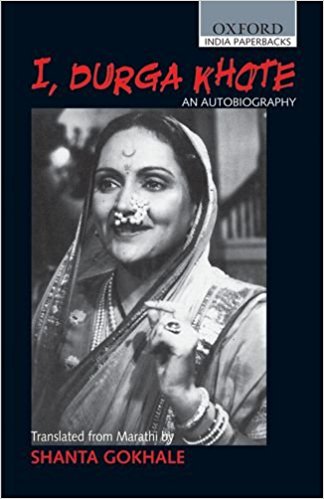 A veteran actress with a career that stretched over fifty years, both before and after Independence, Durga Khote (née Laud) lived and worked through some of the momentous phases in India’s artistic history—the zenith of the Marathi theatre, the coming of the talkies and of colour in the cinema among others. In many ways, her life was out of the ordinary. Born into a wealthy, upper-class if socially conservative Saraswat family from Mumbai, she gathered the guts to walk out of the narrow circumference described by the Lauds and the Khotes and step in front of a movie camera, the first woman from a respectable background to do so. She was associated with Prabhat Films and knew Bal Gandharva—the idol of the Marathi stage. Whether out of financial necessity after marriage or her own determination (a bit of both, surely), she carried on acting after her marriage and motherhood, even as she watched her younger son sink into emotional instability. Her second marriage, after the death of her first husband, was with a Muslim.