An Indian in the Land of Yuan Zang 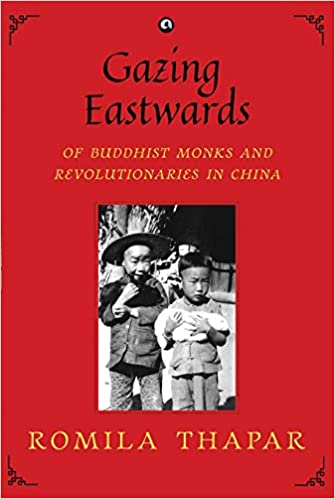 There is a photograph of Romila Thapar smiling that you see as you open the book. She is sitting at the entrance of a cave site in Maijishan in China and it was taken when she was a twenty-six year old postgraduate student. Most of her reading public and scores of her students would be unfamiliar with any such image of her. Indeed, apart from enjoying the novelty of such an image, most of her followers will also be delighted with the content of the book which is so very different from her academic work. It is a private diary that she kept during her visit to China in 1957 that she has now decided to share with her reading public.

Romila confesses the feelings of doubt that confronted her in deciding to publish such a personal diary more than sixty years after it was written. There was a different world that existed at the time, not only in India but also in the places she travelled through including Moscow and Beijing. She explains in her preface ‘…I wondered whether it was worth publishing as these were observations on being in China sixty two years ago…for me it is an entirely new way of looking at the past, quite different from my usual historical studies.’ In that other world in her diary, Nehru and Zhou Enlai were Prime Ministers and Rajinder Prasad and Mao Zedong were the heads of their states.