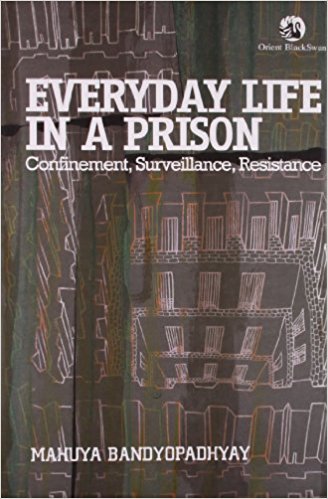 The state defines prison as a space for the isolation and reform of individuals not fit to live in society. Prisoners narratives of everyday life are jabs in this faade that bleed over the fabric of total spaces and stain it with its own fallacies. Mahuya Bandyopadhyays account makes a departure from the existing literature on Indian prisons and focuses on how human agency thrives even within state edifices. Agency though represented by a mere attempt at resistance reflects a Lacanian understanding that power and subordination of rules have a structure but one that is fundamentally flawed and constituted through its own transgressions. The ethnographic quest is situated within the 52-acre central jail in Kolkata. The placement of the ethnography in the interactional space between the edifice of brick jail codes hierarchy and the human component is psychologically significant. In the first part of the book Bandyopadhyay shows how the working of a prison is similar to the management of other social organizations. The warders are the agents of the bureaucracy and interact directly with the prisoners. In keeping with the character of most state machinery power and authority is delegated top down. Bandyopadhyay points out how the jail ministry in Bengal was part of the larger Left Front government and the blurring of lines between administration and political network impacts the running of the institution.