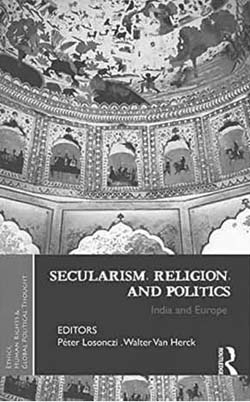 The renewed presence of religion in the public sphere has allowed many to question the relevance of an extended cling to the conventional western usage of secularism or many of its existing forms and has initiated a new political discourse which although it doesn’t manifest in an anti-secularist or ‘alternative to secularism’ discourse in any way has set into motion a new ‘alternative secularism’ discourse. Therefore, while some have argued for the inter-contextual approach to this re-construction and re-definition of secularism in contemporary societies, others have made the case for religion to be treated as a market organization that the state needs to get engaged with. Others have argued for the re-definition of the relationship of the state with religion with the collective religious sentiments imagined and reflected in due public space and a proper recognition provided by the state to what people have popularly referred to as ‘de-privatization’. As Charles Taylor has suggested, ‘Contemporary democracies, as they progressively diversify, will have to undergo redefinitions of their historical identities, which may be far-reaching and painful’ in order that the contemporary multicultural societies get secularized.