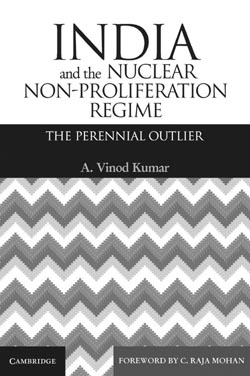 The book under review seeks to investigate nonproliferation as a concept and examine the role of initiatives like counter-proliferation and its offshoots and their place in the nonproliferation regime. Notwithstanding the author’s attempts at enunciating his postulations, the title of the book itself betrays his predetermined conclusions about the subject. India was not only one of those states that had taken the initiative in evolving the concept of nonproliferation but was also its staunchest and most abiding proponent at least until 1998.