Aid for Subsistence or Power? 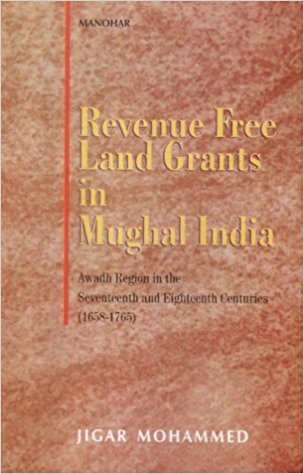 The book under review is a monographic study of the madad-i-ma’ash grant holders in Awadh during the seventeenth and eighteenth century. Literally meaning, “aid for subsistence”, the term was applied to the land granted by the state, in which it alienated its right to collect revenue. Situated in the context of transition of Awadh from a Mughal suba (province) to a nawabi (independent state) and the corresponding onset of Mughal decline, this study analyses the role of the madad-i-ma’ash grantees in the provincial and state politics during this transitional period. The Islamic injunctions enjoined upon the state to give these grants to four classes in the society, viz., the scholars, saints, destitutes and ‘persons of noble lineage who ignorantly deemed it below their dignity to take to any employment.’ In practice, the main beneficiaries were the influential religious ideologues—the Shaikhs and Saiyyids (who claimed direct descent from the Prophet), the qazis and the ulemas (primarily the clerics) and the sajjada nashins and pirzadas (the caretakers of religious and educational establishments).