A World Class Scientist and His Work 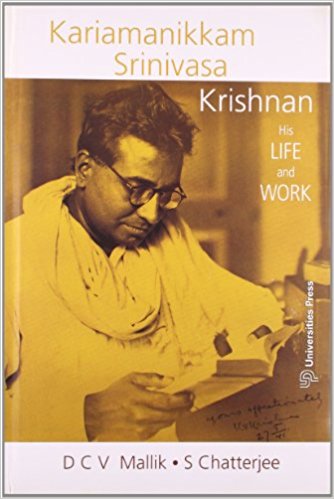 One of the curious paradoxes of the sociology of science concerns the flowering of world class science in India in the early decades of the 20th century. With very little government support, working with improvised, in some cases discarded equipment, without much access to international journals, Indian scientists did some very high quality science—C.V. Raman and his eponymous scattering which not only got him the Nobel Prize but also remains an essential tool for unravelling molecular structure, J.C. Bose and his experiments with radio waves, M.N. Saha who propounded his famous equation which still forms a bedrock of stellar astrophysics or S.N. Bose whose work on quantum statistics is celebrated in a class of subatomic particles named Bosons. The paradox is essentially in trying to understand what was it about that time which led to such intense, very high quality scientific research, albeit localized in a few centers. Kariamanikkam Srinivasa Krishnan or K.S. Krishnan was very much center stage in this unfolding. Though possibly not a household name like some of the luminaries mentioned above, he was not only an outstanding scientist but also one of the builders of science and technology infrastructure in Independent India. Born in 1898 in what was then the Madras Presidency, Krishnan had his early education in the neighbouring town of Srivilli-puttur and did his undergraduate degree at the American College in Madurai and Madras Christian College at Madras.