A Treat for Achebe Fans 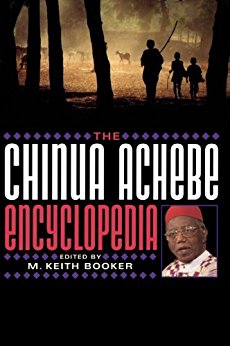 This volume on Chinua Achebe is part of a series of literary encyclopedias on a wide range of writers ranging from Emily Dickson to William Faulkner, to Toni Morrison. In his preface to the volume, Keith Booker acknowledges the life long role that the veteran Nigerian writer has played in the “rise of the African novel as a global cultural phenomenon” (xvii). Africanist Professor Simon Gikwandi further elaborates upon the ‘transformative nature’ of Achebe’s creative genius in a concise foreword. Gikwandi traces the “inexorable rise of Chinua Achebe to canonical status in world literature” (i), and discusses the influence that Achebe has had on “the institutions of pedagogy and interpretation and the role of his fictions have come to play in the making and unmaking of African worlds” (x). Readers familiar with Things Fall Apart cannot but agree with Gikwandi’s observation: “Like one of the momentous events that one is bound to remember, like where one was when John F. Kennedy was assassinated, many of us recall where we were when we first read Achebe’s (first) novel.”