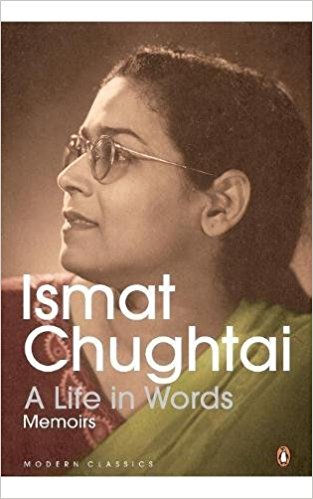 Ismat Chughtai (1915-1991) is easily one of the most well-known Urdu writers from India in the twentieth century. Mostly renowned for a few of her short stories such as ‘Lihaaf,’ it goes without saying that she was a writer who was much, much more than that. Though from a conservative family where girls were not educated, Ismat managed to talk her parents (she threatened to run away from home and convert to Christianity!) into allowing her to study for not one but two degrees, a B.A. and a B.T. She lived and studied largely in Agra, Aligarh and Lucknow, and began her career as the headmistress of a girls’ school in Jawra State. It was while working in Aligarh that she met Shahid Latif who was working on his Master’s; they got married in 1942 and moved to Bombay where Ismat lived almost entirely for the rest of her life. Ismat’s memoirs in Urdu were first published in a serialized form in a journal between 1979 and 1980; it largely covers her life through her childhood and adolescence, to her early days as writer and teacher.