A Text of its Time 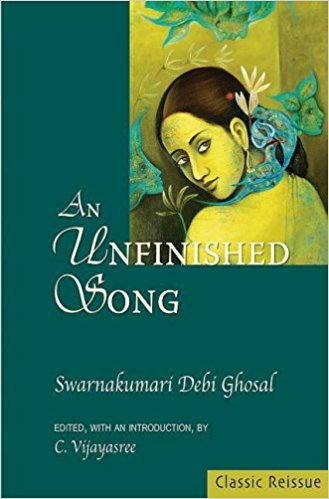 In her preface to The Fatal Garland (1915), the English translation of Phulermala, Swarnakumari Debi Ghoshal declares: ‘it is of the greatest importance that Europe—and more especially England—should understand India. And this understanding can, I think only be brought about by a study of our literature’. This is the impetus behind An Unfinished Song (1913), Swarnakumari’s English translation of her own Bengali novel Kahake (1898).

Swarnakumari Debi Ghoshal (1856–1932), elder sister of Rabindranath Tagore, is a literary figure best remembered for her role as editor of the progressive journal Bharati. She composed what was probably the first opera in Bengali, and was the author of twenty-five books, including novels, farces, plays, short stories and poems.

Her works were translated into foreign languages during her lifetime. She was also actively involved in social reform and nationalist politics. Yet fame eluded her until the late twentieth century, when feminist scholars drew attention to her contribution to the Bengali literary tradition.