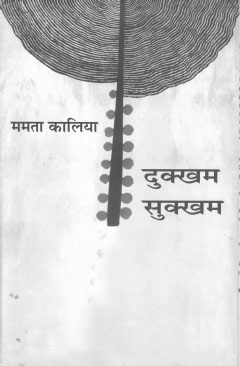 A lot is being said about Premchands tradition in Hindi, but only a very few fiction writers have an understanding of what it really means. While someone is burning Premchands books, someone else is holding on to his tail to cross the Vaitarani, the mythical river that divides the earth and the nether regions. There is a petty editor of a Hindi short story monthly, incapable of writing even two sensible lines, who tries to rival Premchand. Anyway, what is Premchands tradition Is it a particular subject matter or style Is it a view of life Generally, he is regarded as a fiction writer who depicts social realities exactly as they are. Surely, he has portrayed peasant life and the life of urban lower middle class as well. His language and style too are narrative, but going deep into his writings one finds that he was a realist (although he takes this term to mean naturalism and regards it as undesirable). Actually, realism for him was a view of life in the modern sense of the word. The fiction writer who has grasped this thoroughly and assimilated it in his writing, he alone is a fiction writer belonging to Premchands tradition in the true sense.

What the above introduction seeks to suggest is that contemporary Hindi novelist Mamta Kalia can in all seriousness be regarded as a writer belonging to Premchands tradition. Her latest novel Dukkham-Sukham seems to confirm this. When I started reading this novel, and noted the way it depicts, in the beginning, Indus torture at her father-in-laws house at the hands of her mother-in-law and sister-in-law, my mind was filled with apprehension. I was afraid lest this novel too was written with western feminist discourse at its centre. I remembered Acharya Shukla who has written that even the dead leaves of European countries are presented as flowers of paradise here. Writing with woman as subject is useful and expected, but one should not forget ones own tradition while doing so. With modern Hindi writers too, woman has been an important subject, from Premchand to Raghuvir Sahay. After Premchand, works of great writers like Maithilisharan, Prasad, Nirala and Yashpal are also largely centred round woman. At one level, this woman is in search of her identity, and at another, she is dedicated to a greater cause. Even Simone de Beauvoir, who initiated the feminine discourse in the West, had dedicated her concept of womens lib to a greater cause and, instead of being in favour of disintegration of the institution of family, had said that her demand was merely that woman should have equal status with man in the family.