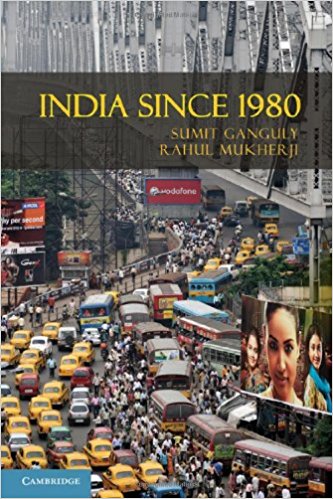 This is a very useful book for two types of readers. It would be a good pick for the outsider with an interest in an India beyond the lonely planet guides who would like some insights into how the system and processes work here. The second type of reader could also be the India specialist who needs a quick reference into various facets of the contemporary Indian story. Just 188 pages, it is a simply written explanation of complex processes. It is part of a series produced by CUP on the world since the 1980s that looks at politics, social trends, economics and foreign policy of big countries. Books on Brazil, Japan, the US, Mexico, Israel, US, Russia and Europe and now India are out, while China, Turkey, Iran and France are in the works. It is an excellent idea to look at contemporary history with the 80s as the cut off point: for instance, look at the sweeping changes in the world since then, the end of the Cold War, the collapse of the Berlin Wall, the Iran-Iraq war, the emergence of Iran as the most powerful irritant to western hegemony, the long drawn conflict in Afghanistan that began with the Soviet occupation in 1979, the emergence of the EU, the collapse of Yugoslavia…In India too our world has changed since the 80s. That was the decade that saw the emergence of both the forces of Mandal and mandir, the opening of the economy, changes in foreign policy orientations and the end to the hegemony of the Congress party. The authors, Ganguly and Mukherjee, contend that for most of the past 30 years there have been radical, almost revolutionary changes in political mobilization, secularism, foreign policy and economic policy. They write: ‘These transformations have not moved in tandem but have overlapped with one another. Nevertheless, they collectively represent a steady and potentially fundamental remaking of the many features of the Indian political landscape.’