A Search Beyond Theoretical Closures 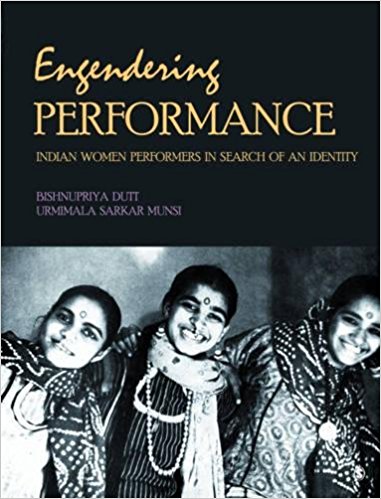 Performance studies in India should be very pleased with the intervention made by Bishnupriya Dutt and Urmimala Sarkar Munsi. Taking the elements of search as well as identity quite seriously, the authors have managed to keep their work and explorations away from the theoretical closure that often accompanies such endeavours. There is a search, a constitutive fragmenta-tion (as Samik Bandyopadhyay says in the Foreword), to the entire text and this is a political move. The micro-histories of tendencies in Indian theater and dance are highly understandable for a practitioner in the arts, and both the writers have experience as practitioners, which shine through in their way of avoiding any totalizing meta-narrative telling of performance history that is often oriented towards closure and not openness.

The authors tell us that the central question of their pluralistic approach is to highlight what roles the actress-dancer-performer played in shaping the colonial, and subsequently the nations culture? This is a question that can only be answered through subtle unravelling; otherwise it often ends up with clichs about liminality and transgression, which this book avoids. The book has eight chapters, each tentatively recreating a particular moment of this journey, evoking a microscopic and untold history. The first chapter, much like our own modern history, begins with the Englishand the role of the English actress in shaping the geography of the colonial city. The authors go beyond a mere archival analysisthey recreate the entire semiotics of an actress in an emerging urban topography, and trace the unfolding of history, and its inherent tensionsthe professional lives create certain imbalances and problems, which could challenge closely monitored categories (p. 45).