A Saga of Love or a Polemic? 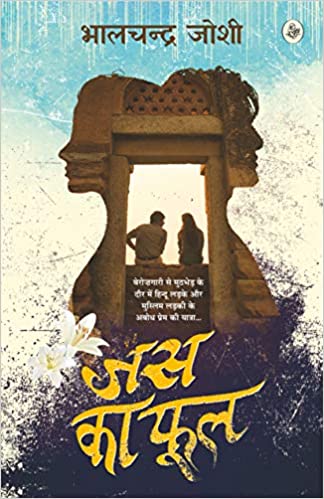 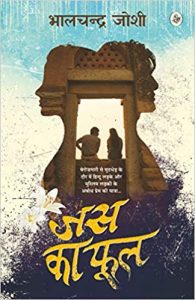 Bhalchandra Joshi’s Hindi novel Jas Ka Phool (2019) addresses the contemporary shifts in India, particularly linked to the issues of communal conflicts and urban imagination, which are incessantly reproducing/negotiating/challenging narratives and images of the society in the face of contradictions emanating from cultural heterogeneity, modernity, nationalism, or identity. Acting as a witness to the ‘slow violence’ (Nixon 2011, 2) of the vexed and vexing history of human exploitation that is premised upon caste, class and religious hierarchies, Bhalchandra Joshi imagines the experiences and travails of a Brahmin, lower middle-class boy, Jagdish Sharma, who falls in love with a Muslim girl, Nargis. However, they are eventually separated by the conflicting truth claims of history and religious differences. Their friends endearingly call them Shahrukh and Kajol respectively, the lead romantic pair of  numerous superhit Hindi mainstream films like Dilwale Dulhania Le Jayenge (1995).

In the novel, Joshi has created a male protagonist harking back to the literary and cinematic tradition of the intensely passionate and good hearted but somewhat flawed hero. Alluding to the onscreen Bollywood romance between Shahrukh and Kajol, Joshi subverts the totalizing claims of nationhood in the (re)constitution of identities and scrambles the banal and the everyday with the aura of tinsel dreams, love and hope. While none of the characters in the novel is a downright villain, Joshi shows one of Shahrukh’s friends, who later becomes a corrupt religious guru, as an anti-hero protagonist. However, his genial behaviour and bawdy sense of humour mitigate the effects of a corrupt mind, masculinist lascivious desire and dangerous ambitions, and over the course of the novel the readers are forced to contend with the incongruency of his stereotypical spiritual exterior and corrupt interior. Framing the local and the social, the religious and the secular, and the sexual and the textual in their intimate rhizomatic entanglements with the cultural politics of the state, Joshi examines how they affect caste, class, and religion  construct the notions of ‘India’ and ‘Indian’.

Gyan: Questions that May Never be Answered
November 9, 2020