A Roadmap For Reforms 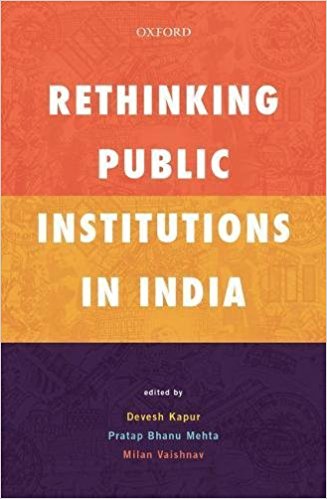 The recently concluded Assembly elections in Himachal Pradesh had a very interesting moment when a 101 years old voter pushed the button at his polling booth in the remote Kalpa village in Kinnaur district of the State. Shyam Saran Negi, would have been passed on for any aware and conscious senior citizen who believes in exercising his duty of citizenship by voting, had he not been India’s first voter. Negi, who cast Independent India’s first vote on 23rd October, 1951, has been voting in almost every election ever since including the recently held one. This footnote in the history of Indian democracy is a telling fact as it represents the relative youth of India as a nation. It is fairly impossible to find any other established democracy, which will still have its first voter going out to the polling booth in contemporary times. And despite this relatively young age, India’s public institutions have been performing fasti-diously for the last seven decades to connect different levels of the State with its citizens like Shyam Saran Negi. The book under review takes an accurate stock of the perfor-mances and limitations of these different public institutions in India and is aptly titled Rethinking Public Institutions in India.