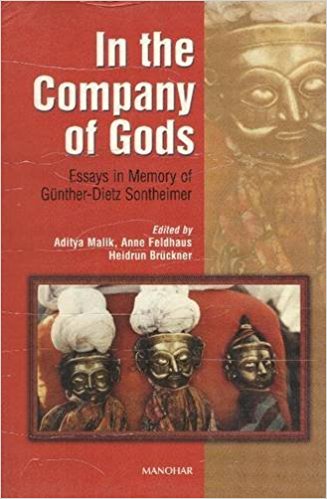 A Reflective Scholar
Kumkum Roy
IN THE COMPANY OF GODS: ESSAYS IN MEMORY OF GUNTHER-DIETZ SONTHEIMER by Aditya Malik Manohar Publications Indira Gandhi National Centre for the Arts, 2006, 409 pp., 995
April 2006, volume 30, No 4

Gunther-Dietz Sontheimer passed away in 1992. His writings reveal an intensely reflective scholar, who provided us, amongst other things, with a definition of Hinduism that is remarkable for its apparent simplicity and inherent fluidity. His works were also informed by a concern with the marginal, especially pastoral peoples. Besides writing, he was a film-maker, documenting the lives of the peoples amongst whom he spent his most productive years. The volume under consideration incorporates the proceedings of two commemorative conferences held in 1994, as well as some additional papers. The anthology is divided into four sections, titled folk religion, bhakti, history and law, and epilogues respectively. Inevitably, these are not watertight compartments, and ideas flow across these divisions, enriching the contents of each section. A range of issues is explored in each section. Some of these engage with Sontheimer’s core ideas and methodological insights in implicit ways.