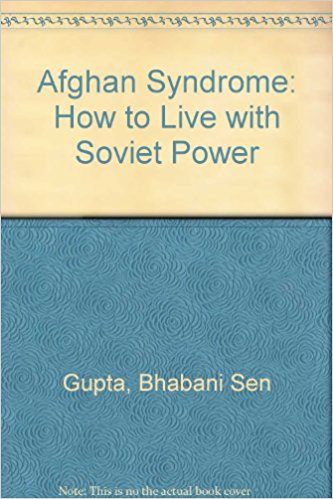 At the close of this study of the Afghan crisis, the reader may be forgiven if in the pro¬cess of unscrambling images of elite perceptions, he is con¬fused about Sen Gupta’s own perspective. The author com¬pounds the confusion by adopting such non-neutral, American conceptualizations as the ‘arc of crisis’ or esp¬ousing the argument of the Soviet Union’s strategic parity with—indeed, edge over the US and its overwhelming military advantage in South Western Asia, sliding over the vested US interests in push¬ing this thesis. Moreover, the burden of proof is borne largely by US sources, especi¬ally the New York Times. Let alone Soviet sources (beyond the impressionistic statements of some Soviet officials), even the Swedish publication SIPR1 is ignored.

The dynamics of the crisis within Afghanistan is but the ‘sideshow’, the real focus is on its interaction with the core international systemic relationship and at the re¬gional level. Sen Gupta adds his voice to what has become the dominant view that the December 1979 Soviet inter¬vention was designed to curb Amin from ‘Polpotising’ the Afghan revolution which was seriously imperilled by an insurgency supported by out¬side sources: