A Non-Take on Kannada Cinema 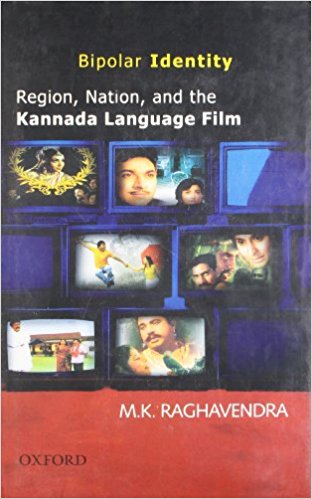 In 2002, the Government of Karnataka prohibited the sales of a massive two-volume history of Kannada cinema published by Hampi University Press. It apparently had factual errors and, more importantly, had misrepresented Dr. Rajkumar, the Kannada film superstar. The prohibition still holds. And, well-documented work on Kannada cinema continues to be unavailable. A scholarly book on Kannada cinema, therefore, would normally be an occasion for cheer.

A dominant tendency within film studies has been to track the effects of social power and ideology in cinematic texts. Here, the emphasis is less on the aesthetic properties of cinematic images and sound and more on their institutional coordinates in social space. Bipolar Identity, too, intends to explain Kannada films as texts reflective of and engaging with local sociopolitical realities of their time. More specifically, its author, M.K. Raghavendra, notes: ‘This is an inquiry into how local/regional identity is addressed in regional language cinema and also whether regional identity can conflict with the national identity/other identities’ (p. xii).