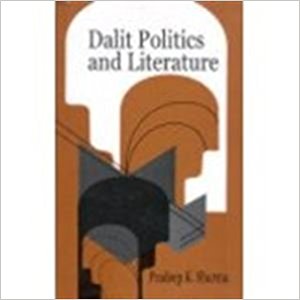 Indian democracy has seen the mobilization of the subalterns in the later half of the 1980s culminating in the enthronement of a third front called Janata Dal both at the Centre and in Uttar Pradesh, a state which gives direction to national politics. Uttar Pradesh is perhaps the first state where the dalits have been able to form governments under the leadership of a dalit party (BSP) and a dalit leader (Mayawati) four times (1995, 1997, 2002, and 2007). This is a feat in itself as such a possibility was unthinkable a few years ago. The empowerment of dalits could not have been possible without a high level of political consciousness among dalits, which could be made possible only because a very long and strong dalit movement preceded that, culminating in the formation of BAMCEF, DS-4, and, finally, BSP. But, behind the emergence of such powerfully organized dalit political outfits, the dalit literature played a very significant role. The book under review seeks to examine and analyse the interconnect between dalit politics (leading to their empowerment), dalit consciousness, dalit movement, and dalit literature.

The author makes a distinction between the ‘shudras’ and ‘panchamas’; and he would include dalits, schedule castes and the harijans into the latter category – that by implication suggests that shudras and dalits are two different categories – an idea, though known to the sociology people, may not be so familiar to others and the common man. Most of the people and even academics understand dalits as shudras.