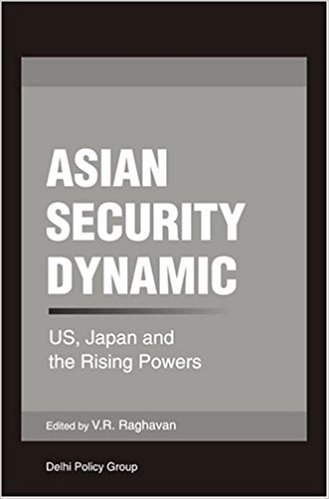 This book is a result of a seminar organized by the Delhi Policy Group in November 22-23, 2007 in New Delhi. In January 2007 the Delhi Policy Group initiated a research project titled, ‘Asian Security Dynamics’ to study the dynamics of the strategic relations between Japan and the United States in the changing environment in Asia mainly due to the ‘rise’ of China and India. Six scholars from India, China, Japan and Belgium who made presentations at the seminar have made an effort to analyse the various aspects of the relations between these countries, the areas of conflict, the challenges posed as a result of the ‘rise of military and economic’ might of China and its growing influence in the region. This book also attempts to examine the manner in which the relationship between these countries may evolve in the future. The first chapter entitled, ‘Regionalism, Multilateralism, and Institution Building in East Asia’, by Takeshi Yuzawa , Research Fellow at the Japan Institute of International Affairs, Tokyo, Japan, discusses attempts to analyse the important question of formation of organizations in East Asia which not only addresses problems confronting the region but also provides a forum for regular dialogue among the member countries. The absence of an established organization with a secretariat and rules and regulations is felt more and more as the intraregional economic activity has increased phenomenally over the last one decade or so. As the author points out, ‘If we use the cross border flows of goods, services and capital to measure the extent of economic interdependence, we have to conclude that Asia-Pacific as a whole is now a closely intertwined constellation of market economies’. APEC was established in 1989 but it has not been able to play an effective role since its main objective is to deal with economic issues whereas resolution of political and other issues is very important for the security and stability of this region.