A Milestone to Modernism 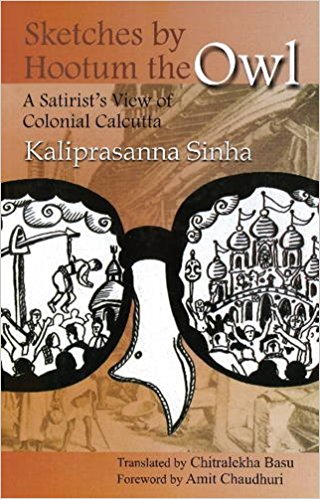 Kaliprasanna Sinha, born into wealth, spent his brief life in the Calcutta of the mid-nineteenth century busying himself with social and literary work that must have baffled his peers, to whom anything not effete was pointless. Men of his background had two aims in life, summed up in the pecksniffian Bengali saying, taka orano, taka porano—blowing away money or burning it. If anything else was to be burnt around them, it should be widows, not midnight oil, except to watch a baiji dance. Kaliprasanna Sinha, though, slaved on and brought out at enormous cost to himself the Bengali translation of the Mahabharata for which he is still remembered.

Hutom Pyanchar Naksha, which Chitralekha Basu has translated, was a collection of short, satirical pieces that Sinha also wrote. Everything we need to know about the man, his milieu and the context of his work is in Amit Chaudhuri’s brilliant foreword to this book, in the three chapters—Kaliprasanna Sinha the Trailblazer, The Translator in Wonderland and Introduction—with which Chitralekha Basu eases readers into her translation, and in the detailed footnotes with which she ends each sketch. Some may well find these more interesting than the sketches, which will be for most both humdrum and arcane.