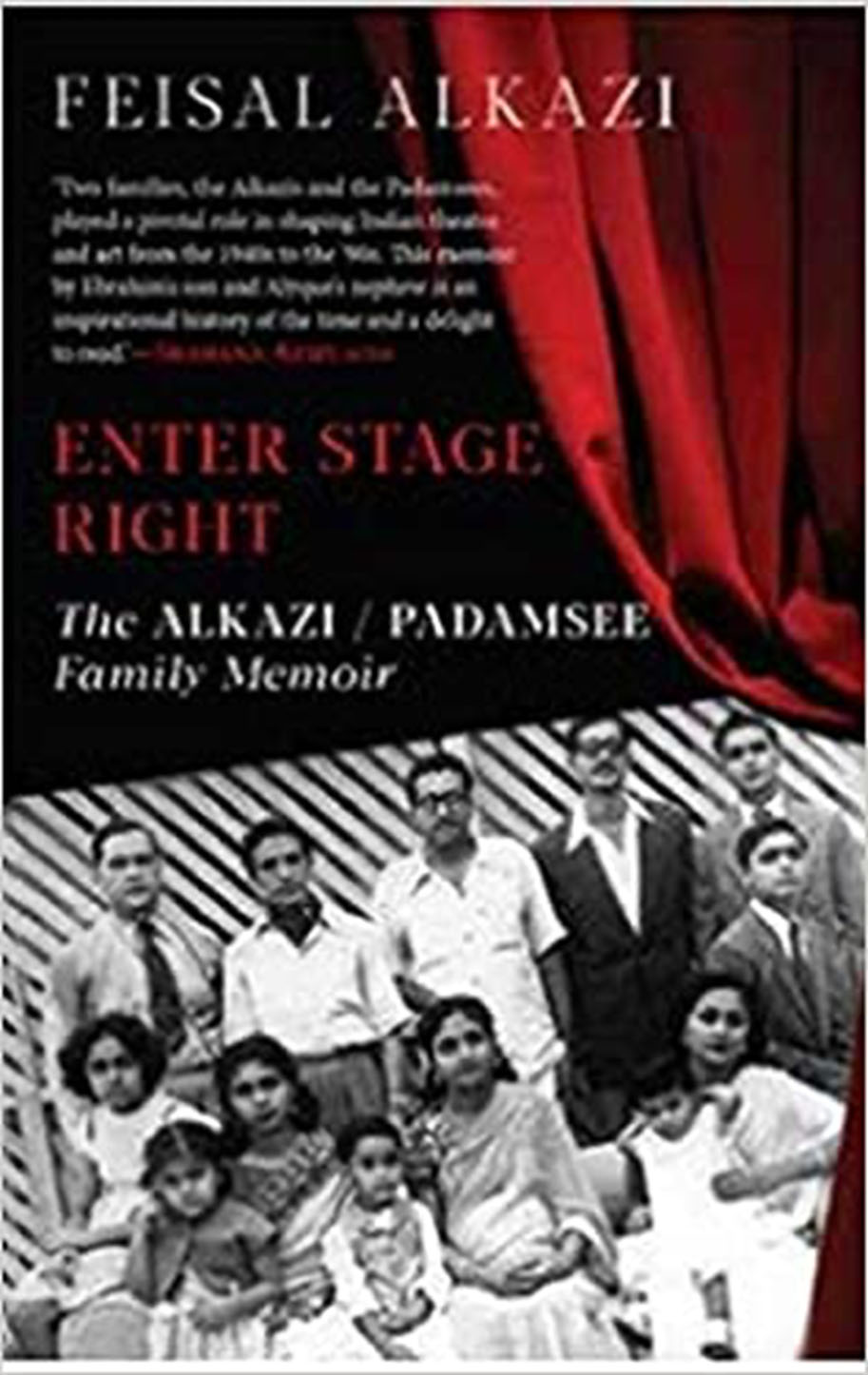 Sometime during the early decades of the 1900s, with India in the throes of the anti-colonial movement, Kulsumbai decided that her family—the couple and their six children, three boys and three girls—would move to England, and the kids would be admitted to a boarding school there. Since they already had ‘all the mannerisms of English people’, ‘wore European Swiss dresses’, had ‘no contact at all with other Indians’, to the extent that during the once-a-month tram ride in the city, they weren’t allowed to ‘touch the natives’, the Padamsee kids were overjoyed with the decision. In the excitement of the impending journey, they ‘tore up sheets of paper and threw them over the balcony, littering the ground below with ‘‘snow”.’ Of course, the snow stood for how they imagined the cold and exciting London to be like, and the anecdote—one of many that Feisal Alkazi narrates in his family memoir, or as the book says, in his mini history of contemporary theatre in India—is striking in conveying creativity, aspiration and performance. If there were children who were going to be at the receiving end of so deliciously forgivable and creative a mischief, it had to be the Padamsees! Likewise, a few years later, to escape the bombings and the threat of the war, when the family relocated back to India, to their ancestral home in Talaja, in Gujarat, these anglicized kids nicknamed their grandmother’s sisters Hoorubai and Noorubai ‘Horror’ and ‘Norror’!