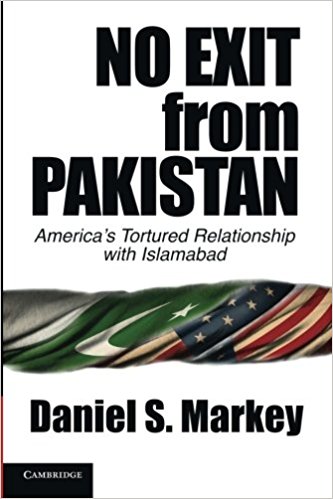 Since 2001, the United States led war on terror has consistently dominated the regional strategic discourse. Parallel to this has been the discourse on the ties between the US and Pakistan, its long-time ally ever since its creation in 1947. The equations have been quite uneven, estranged at times, but never broken completely. Beginning 2001 to the 2011 Osama killing till date, as the US led forces prepare to withdraw, several experts have written on the dismal state of the US-Pakistan ties. Daniel Markey, a seasoned expert on the subject, shares his perspective under the rather curtly titled account inspired by Jean Paul Sartre’s work No Exit referring to a situation where two characters are caught together in a torturous hell like situation. Markey captures the downsides of the bilateral ties between the two countries and highlights uncertainties and dilemmas at a point when the US led allied forces are slated for drastic reduction by the end of 2014.