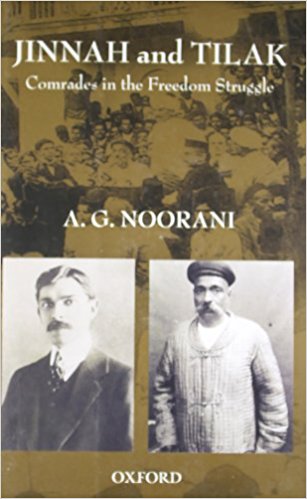 The book under review by the eminent scholar-cum-advocate A.G. Noorani was published in Pakistan and it will attract much attention and debate in India. Noorani’s thesis, argued with formidable skill and compelling documentary support, is that Jinnah started as a secular nationalist. The British considered him one of their most formidable opponents. Gandhi did not treat Jinnah courteously. Jinnah was opposed to Gandhi’s political philosophy and importing of religion into politics. Yet, Jinnah showed remarkable tact and patience and tried hard to work with the Congress till the Hindu fundamentalists in the Congress made it impossible for him to remain there with dignity. Even after leaving the Congress, Jinnah did his utmost to avoid partition. After the Congress declined to share power with the League in UP in 1937, Jinnah accepted the Cabinet Mission Plan in order to keep India undivided, but the Congress did not want to share power with him at the Centre. This, in a nutshell, according to Noorani, is the true account of the partition of India in 1947. It is Gandhi and Nehru who were much more responsible for dividing India than Jinnah. He asked for Pakistan only for bargaining purposes and would have settled for much less.