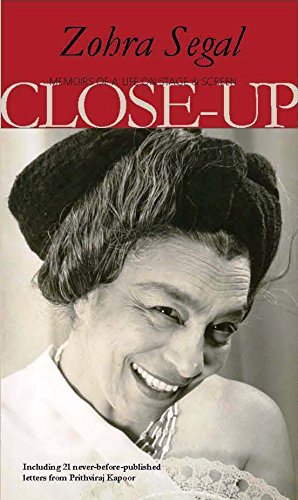 In the summer of 1988, Jana Natya Manch, under Safdar Hashmis leadership, decided to return to proscenium theatre after a decade of doing only street theatre. Habib Tanvir accepted our request to direct the play, which Safdar was to write, based on a story by Munshi Premchand. The story eventually selected was the farcical Satyagraha, adapted to the stage as Moteram ka Satyagraha, after its central character, a greedy pandit from Benaras.

A fortnight or so before the opening night, Safdar came to the rehearsal excitedly. Apparently Habib Saab had asked him if he could invite an actress who had worked with Uday Shankar as well as Prithviraj Kapoor to act in the play as Moterams wife, and Safdar had immediately agreed. He announced her name after a slight, dramatic pauseZohra Segaland waited for me to gasp. I didnt. Because I knew nothing of who she was. But since both Safdar and Habib Saab seemed excited, and because Uday Shankar and Prithviraj Kapoor were both star names, I figured it had to be a big deal.

Zohra came to rehearsal the following day. She wore a plain, simple sari, had an interesting, lined face, her eyes twinkled, she walked erect and firmly, her body lookeddespite her agetoned. And then she started reading the part. It was incredible. In her very first reading, she got so many nuances that it seemed as if shed been reading it for weeks. She had a fantastic feel for comedy, and her timing was something to die for. She was perfect.