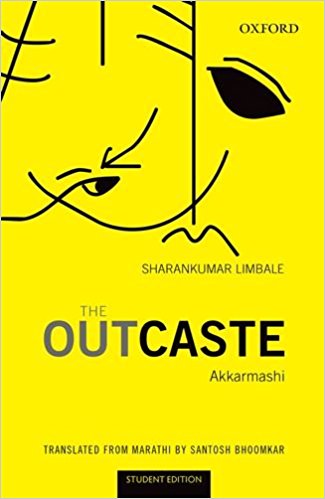 Sharankumar Limbale’s autobiography Akkarmashi was published in 1984 and received critical acclaim. The author was twenty-five years old at the time. Written in a dialect of the Maharas, Akkarmashi was considered a path-breaking milestone in dalit autobiographical writing in Marathi. A rather slim volume, it records the agony and struggles faced by the author, born to a Patil father and a Mahar mother. It also documents the social success achieved by the author on the strength of his hard work and academic achievements as well as the numerous sacrifices made by his mother, grandmother and her live-in partner, Mahmood Dastagir Jamadar, in nurturing and educating him. It is, thus, a tale both of struggle and accomplishment. It is a disturbing tale not only on account of its candour, its bitter critique of caste and gender oppression that stands legitimized by society but more significantly on account of the writer’s eagerness to be accepted by the very class/caste that has been the root cause of his humiliation and anguish. From this perspective, Akkarmashi makes a rather problematic intervention in dalit politics and writing.

A brief publication history of the work would be useful in throwing light on the author’s position. Akkarmashi written in a Mahar dialect was published in 1984, followed by a second edition with a few changes in 1990. A third edition was brought out in 1999, written in standard Marathi, under the title ‘Poonha Akkarmashi’ (Akkarmashi Again), with significant additions, omissions and a noticeable change in the tone and texture of the narrative. The translator Santhosh Bhoomkar informs us that the narrator was ‘rather polemical (who) made a noise as against the boyishly naïve narrator of the 1984 original’. The earlier edition of Akkarmashi has been translated into various Indian languages. The author’s keenness to merge the earlier and later editions in the English translation indicates his anxiety to tone down the abrasive, at times brutal exposure of the privileged class in the original first edition. Bhoomkar’s refusal to merge the two narratives is a sensible and commendable one.

A dalit autobiography, by definition is a narrative not of the self alone but also of the protagonist’s community. Limbale’s  autobiography comes very close to undermining the notion that a dalit person writes as a spokesperson of his/her community. Limbale, in fact, constantly questions the very nature of his identity that has been thrust upon him. Condemned as half-caste (an Akkarmashi) he remains a social outcaste unable to locate his space in either of his parent’s community. He observes, ‘There is a Patil in every village who is also a landowner. He invariably has a whore…My mother is an untouchable, while my father is a high caste. Mother lives in a hut, father in a mansion. Father is a landlord; mother landless. I am an Akkarmashi…condemned, branded illegitimate.’

Limbale is cursed with a fractured identity. He revolts against this, loudly questioning the denial of privileges that befit a Patil’s son. In the process, he also betrays his readiness to be accommodated into the very system that has given rise to innumerable Akkarmashis like himself. Limbale’s narrative is a starkly private tale with no effort to take stock of oppression borne by fellow Akkarmashis or of Mahars who raised him when the Patil threw his mother out. The resulting text is a rather loud wail without a collective base that could have given it a vision, a structure and a poignancy.

Limbale’s autobiography rambles along unharmonious terrain and tone. Alternately, he wallows in images of self pity or metaphors of grandeur. Akkarmashi could have been a most damning critique of upper caste moral typocrisy and exploitative social structures if only Limbale had retained the controlled, mature objective tone that he uses at times to state sociological truths or while documenting facts related to rural farm labourers in Maharashtra. For instance, his reading of helplessness of poor farm hands is both graphic and gripping: ‘People who enjoy high-caste privileges, authority sanctioned by religion, and inherit property, have exploited the dalits of this land. The Patils in every village have made whores of the wives of dalit farm laboureres. A poor dalit girl on attaining puberty has invariably been a victim of their lust. There is a whole breed born to adulterous Patils. There are dalit families that survive by pleasing the Patils secually…

Besides survival on the charity of a Patil what else can such a household expect?’ But such moments of critical insight are far and few. What is more typical of the narrative is the rather melodramatic pathos, the jerky transitions and frequent allusions to Hindu mythology or to characters from the Mahabharata. Here’s sample: ‘How can I be high caste when my mother is untouchable? If I am untouchable, what about my father who is high caste? I am like Jarasandh. Half of me belongs to the village, whereas the other half is excommunicated. Whom am I? To whom is my umbilical cord connected?’ Or ‘After my birth the mansions of the Patil community must have become tense. My first breath must have threatened the morality of the world. With my first cry at birth, milk must have splashed from the breast of every Kunti.’ And thus it continues, with repeated allusions to Karna, Siddhartha and others.

A brave, upright headmaster fixes the writer’s father’s caste name to his name in the school register. He is grateful to him. In a patriarchal society, the denial of a father’s name is extremely traumatic to a child. Limbale gets his due despite stiff resistance from the Patil’s family. But it’s not the question of name alone. He also unquestioningly internalizes patriarchal ideology, especially regarding women, issues of inheritance and property. Despite being brought up by his mother Masamai and his maternal grandmother Santamai, Sharankumar Limbale does not display any uneasiness in accepting patrilineal mores and values. Although he sees the relationship of his mother with the Patil primarily (and quite correctly) as a rape, he also vents his anger in terms of a helpless wish to rape a Patil’s mother or molest his sister! Although he never ever condemns his mother for being a concubine of one or a another Patil or brewing, selling liquor, he remains a mute spectator to the devastation heaped on his young sisters. His sisters Indira and Pami are married off by his poor mother when they are ‘aout eight or nine years of age’ to boys ‘hardly ten or twelve years old’. Their marriages break up when their in-laws learn that their mother is a Mahar. The girls return home just ‘two days after the marriage’. At the time of this event, Limbale is employed, married and a father of a girls child. The year, although not mentioned, seems to indicate the turbulent seventies (Dalit agitations and defacing of Ambedkar’s statues are mentioned). And yet not a word of protest or anger or even despair escapes Limbale’s pen. Instead, he resorts to banal reportage: ‘As both were deserted by their husbands they ceased marking their foreheads with kumkum.’ His sister Nagi’s husband remarries and she is inconsolable. His mother Masamai is furious. There is an ugly scene between his mother and the son-in-law. Limbale who overhears the quarrel on his visit to his home simply walks out: ‘I came away without stepping into my house.’

This image of a helpless spectator, pontifying observer or a loud moaner stays with the reader. Unlike other dalit autobiographies where documentation evokes strong anger in the protagonist and the readers alike, Limbale’s staid account leaves one cold and unruffled. Limbale acquits a college degree, gets a respectable job in the ‘telephone department’ but does nothing to help his mother or sisters. Worse, he does not help out his old grandmother and Dada. Instead, he is ashamed of them, of their shabby clothes, of their ‘utter poverty’. He does not want his neighbours to interact with Santamai or Dada. Whenever he visits his village during vacations, he feels bored: ‘I could not tolerate the filth in my house.’

His family is shown to pamper him with special chapattis, leavened with oil, while they eat out of begging bows. But he feels ashamed of his family when they assemble at the bus stand to bid him farewell. He does not wish to be ‘mistaken’ by fellow passengers as a porter’s (Dada’s) grandson. This hankering after bourgeois respectability—right from his student days to his days at Latur where be declares himself a Lingayat to his neighbours and eats the mutton brought by his grandmother in secrecy after midnight, shutting all the windows—leaves Limbale a cold, unfeeling, unaffable person. He bewails and bemoans caste discriminations but practices discrimination with less empowered persons of his own community.

Sharankumar Limbale’s Akkarmashi is a disturbing tale indeed, for it raises significant pointers pertaining to dalit politics, dalit identity and the vulnerability of dalits to internalize their oppressor’s ideology and the resulting alienation from one’s own community. At the end, Limbale standa alone, burdened by a growing family (a wife and three kids), his middle class aspirations and his fears regarding a place in society. But he also stands condemned—not on account of his illegitimate birth but rather for allowing himself to be sucked into the legitimacy of bourgeois respectability.

Santosh Bhoomkar’s  translation reads well but for a stray, cold phrase (‘Masamai boiled water for my bath!’) The elaborate glossary, annotating proper nouns and dates is passé by now. Sita, Rama, 15th August, Kheer, Jalebi, bhabhi, neem, tonga, etc., are duly annotated and explained. OUP needs to prune such a redundant and pompous glossary especially if it aims, as one hopes it does, to target Indian readers.