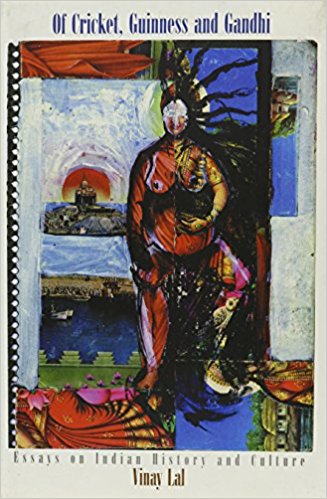 This is a book that raises interesting ques- tions. As for example, why do so many Indians try to enter the eccentric world of the Guinness Book of Records? It is after all an intriguing and bewildering fact that so many Indians try to establish world records in the zaniest of categories every year – the longest nails, the longest moustache, the longest time standing on one leg, to name a few. Why do we do this? What does it say about us as a nation that we are willing to do the most useless of things in order to enter the seemingly haloed pages of the Guinness Book? Vinay Lal’s explanation may not convince you but it is based on the fact that these attempts have increased in great numbers after India’s brave attempt to pose as a world power began in the last decade and a half of the twentieth century. These attempts then have to be read in tandem with post-Rajiv Gandhi India’s desire to be read as a nation on the make, a nation that wants to be taken seriously in contemporary world politics.In a complex argument that situates Indian attempts at inscribing their names into the record books as having roots in the inferiority complex engendered by colonialism which forever marked Indian civilization with a lack of manliness, Lal goes on to say that perhaps this is also an Indian riposte to the call of modernity, an answer to the western need for progress, their pride in the utilitarian