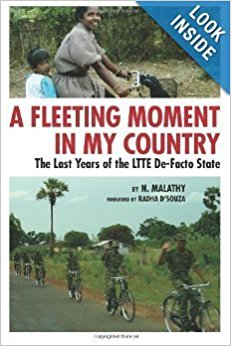 The ‘Eelam War IV’ that came to an end in May 2009, claimed thousands of lives: over 20,000 civilians perished, and about 6500 troops and 15,000 Tigers killed. This does not include thousands of injured in all the three categories. According to the United Nations High Commissioner for Refugees (UNHCR), nearly 300,000 were internally displaced and hundreds fled as refugees to other countries, especially to India. Civilians who fled from the conflict zone and housed in various refugee camps in Sri Lanka as IDPs were suffering from acute malnourishment, dehydration, sickness, wounds, and mental trauma due to loss of their near and dear ones. The LTTE, once considered invincible, was decimated.  Though there is enough literature on how the LTTE was defeated, not much information is available on what had been happening in the LTTE-controlled areas during the last years of the conflict. The book under review throws light on that period.