A Crucial Month In The Life Of Dostoevsky 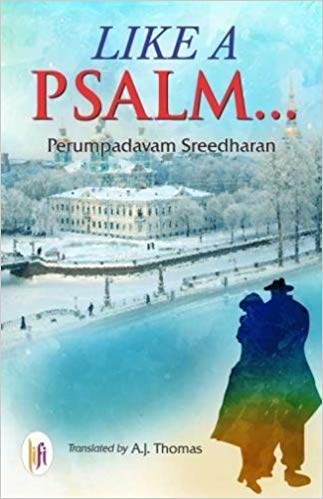 A Crucial Month In The Life Of Dostoevsky
Catherine Thankamma
LIKE A PSALM: ORU SANKEERTHANAM POLE by Perumpadavam Sreedharan Lifi publications, 2018, 175 pp., 225
December 2018, volume 42, No 12

No writer has delved deeper into the innermost recesses of the human mind than Dostoevsky. The result is an array of memorable characters: Dmitri, Ivan, Alyosha and Smerdyakov  in The Brothers Karamazov, Prince Myshkin in The Idiot, Rashkolnikov in Crime and Punishment and so many more. To adapt a phrase of Norwegian Nobel prize winning novelist Knut Hamsun these explorations are so overwhelmingly visionary and the delineation of characters so powerful that they leave an everlasting imprint on the reader’s mind. When he wrote Oru Sangeerthanam Pole (1993) Perumpadavam Sreedharan made a similar attempt but here the subject of study is Dostoevsky himself.  Based on Anna Dostoevsky’s Dostoevsky: Reminiscences, the novel is a fictional biography structured around a brief but crucial period in the novelist’s life when he reached a point of near ruin. Dostoevsky borrowed money from his publisher giving in exchange a promissory note to give the finished draft of The Gambler  within the month. Failing this he would forfeit his right to all his future works. As days go  by panic seizes Dostoevsky. He fears he will not be able to keep the deadline. However, the irony is that the heightened consciousness of peril does not empower him to fulfil the task. Nor can it prevent him from borrowing money from all accessible sources to gamble away in casinos. It is at this point that a friend suggests that he engage a stenographer to help him finish the work in time. Anna Snitkina the one who is offered the job is an admirer of the writer. The recent death of a much loved father who too was an admirer of the novelist and who had told her that Dostoevsky had God’s signature upon his heart prompts Anna to see the offer as something miraculous and she arrives at the writer’s doorstep brimming with eager anticipation. Everything goes smoothly until the writer puts her skill to test. The novel is an engaging and insightful exploration of the ups and downs, the frustrations and epiphanies that mark the relationship between author and stenographer.