A Critique of Hybrid Islam 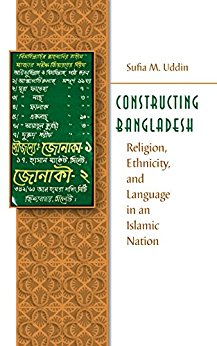 Sufia M. Uddin makes an engaging and persuasive argument on a current topic of global concern, which is critical to the future of Bangladesh—the make-up of a modern Islamic identity. Inspired by the work of Talal Asad, her book maps a distinctive South Asian passage of Islam from pre-modern times to the recent past, presenting Bangladesh as an Islamic nation on its own terms. These terms are a product of long and layered histories, spanning Mughal rule, British regime, print culture and religious discourse on the one hand, and local customs, affective nuances, social relations and rival ‘visions of community’ on the other. The book sets off with a vivid picture of early Islamic discourse in the Bengali language, moving from tafsirs and nasihatnamas to the Qur’an’s translations and exegesis in a broad sweep. Sufia narrates how vernacular idioms joined this discursive world, and how the modern register of nation evolved its own rituals and symbols.

This region became East Pakistan after decolonization, but its peculiar blend of ethnicity, religion, and language eventually led to the founding of Bangladesh in 1971.