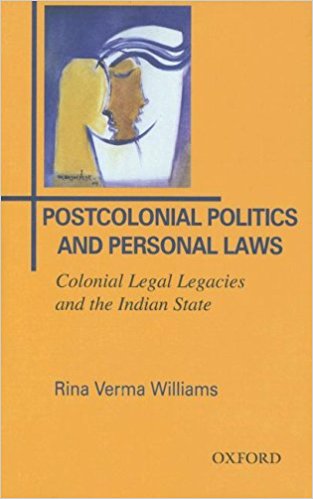 The issue of reform of personal laws has been a site of intense conflict and tension in India. And the legal arena remains a primary site of contestation. Rina Verma Williams examines how the system of personal laws has been and continues to be critical to sustaining state authority and the exercise of power over the Indian citizenry. Her book examines how the policy on personal laws in India has been shaped largely by political exigencies from the time of the colonial encounter and persisted into the postcolonial moment. She undertakes a comparison of the policies of the British colonial power in India in relation to the personal laws with those of independent India, during three different time periods. The periods covered include the codification of ‘Hindu’ laws under Nehru in the 1950s;