A Colonial Memoir and Its Contestation 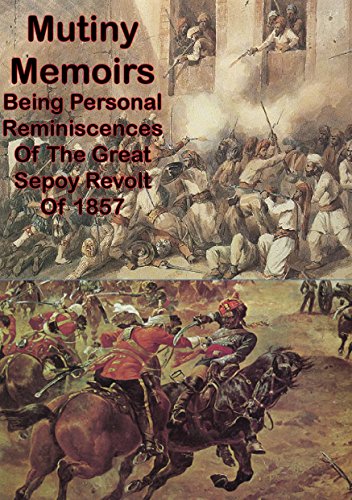 A Colonial Memoir and Its Contestation
Ranjana Sheel
MUTINY MEMOIRS: BEING PERSONAL REMINISCENCES OF THE GREAT SEPOY REVOLT OF 1857 by Mushirul Hasan Niyogi Books, 2013, 172 pp., 395
January 2012, volume 36, No 1

We are indeed grateful to Professor Mushirul Hasan for bringing to public knowledge yet another narrative that can serve as a valuable history source book. Mutiny Memoirs by Colonel A.R.D. Mackenzie, according to Hasan, has not been referred to by many of the important writings on the events of 1857 (p. 9). The slim volume provides an introduction by Hasan, 14 illustrations, short profiles of some of the British officers mentioned in Mackenzie’s text and the text itself.
The rare printed copy of the text, found by Mushirul Hasan in Dr Zakir Hussain Library of the Jamia Millia Islamia, New Delhi, has been included in full.

Part I of the book, an Introduction by Hasan, is divided into four sections. The first two deal with a ‘partly imaginary and partly factual’ description of the Rebellion; the next focuses on various images and representations of the events, particularly on the account in James Grant’s History of India.

Jawaharlal Nehru’s insights on the events are included in the next section as representing a different frame of analysis; the fifth section deals with how Delhi’s most prominent citizens as well as the Muslim population coped with the events, challenging thereby the thesis of city’s desire or decay; and lastly, discussion on the impact and some concluding remarks.