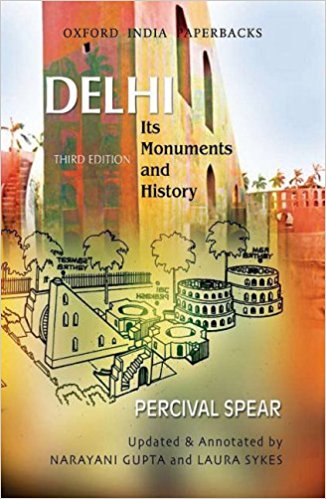 Between 2004 and 2008 I was involved in running an after-school creative activity centre for children. The place, called Leap Years was the brainchild of Rahul Bhandare, an enterprising young man with interest in music, the arts and much else besides his interests in power generation.

Aside from general coordination and supervision of Leap Years, I also offered a loosely structured activity variously called ‘My World’ or ‘Nature Study’. I tried to involve children in getting interested in their immediate environment including trees, birds, insects, caterpillars, spiders and ants. It is during this time that I started another programme called ‘Discover Delhi’. Every fortnight 8-10 kids, I and one more colleague would get into an SUV and go to one monument in Delhi and spend a couple of hours walking and talking about the ruins.

What I told the kids was based on my memories of what our father had told us when he took us to these ruins, what I read in Asar-us-Sanadid, in Waqeat-e-Dar-ul-Hukoomat Dehli and in the ASI publication-Delhi and its Neighbourhood.

After the first visit, I think it was Tughlaqaabaad-an old time favourite of mine-I realized that only some of what I remembered and some of what I had been able to glean from these books was of interest for the young kids who had chosen to come exploring Delhi with us and that the information at my disposal was neither organized properly nor was it enough to answer questions like, ‘why are they all black’, ‘why are the steps so steep’ etc.