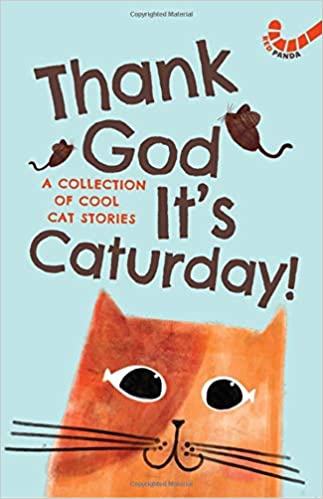 After taking over Instagram and Bookstagram and winning hearts everywhere, is it any wonder that cats have begun to dominate children’s books too?

They say the world is split between dog people and cat people, and currently, if you look at children’s books and the pets that feature in them, the cat people seem to be winning. From Manjula Padmanabhan’s Pooni series to this new anthology edited by Lubaina Bandukwala, the solitary habits of cats and their associations with royalty, mystery and fierce independence have inspired writers to weave fascinating stories around them.

Animals have long been a staple of tales for children. They have a pre-established character such as the dog which is generally seen as friendly, obedient and loyal or the rabbit which is naughty as in Beatrix Potter’s Peter Rabbit tales or a trickster like the Brer Rabbit. Often animals appear in their natural form thus invoking the natural world in children’s books, but most often, the animals are anthropomorphized. Children are attracted by the idea of an animal that talks, sensing—at a deep level—an affinity between the powerlessness of a small domestic animal and their own status in an adult world. Anthropomorphizing animals helps the writer to convey new and disruptive ideas as in several Jataka tales or Carroll’s Alice in Wonderland.