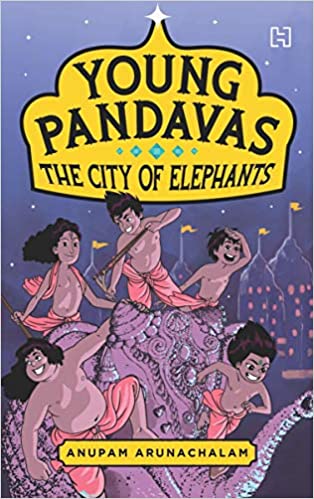 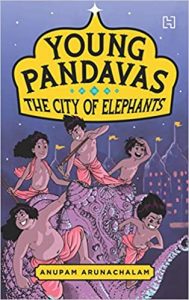 These two ‘utterly, butterly delicious’ books form part of a series, with a third one, The Royal Tournament, to follow. Their purpose is to introduce the ‘Famous Five’ of the Dwapara Yuga to the young readers today with their own perspective.

Retelling or re-interpreting the epics had actually begun even earlier with, by Bhasa (3rd-4th century CE), or Kashiram Das (turn of the 16th century). It had been continued in the 19th and 20th centuries by Bankim Chandra Chattopadhyaya, Rabindranath Tagore, and  Iravati Karve. It continues right up to Anuja Chandramouli, Mallar Chatterjee, Devi Raghuvanshi, Kavita Kane and several others in very recent times. But the perspectives had been adult. For children, the epic was rendered in simple Bengali by Upendrakishore Roychowdhury in his masterly Chheleder Mahabharat (first published 1912). Lila Majumdar followed it up with a brilliant play winning a Sangeet Nataka Akademi award, Bak-badh-pala (1960s). Several abridged versions for children have been published recently. In 2008 have come animated renderings such as Chhota Bheem (created by Rajiv Chilaka).

However, the present series, written and illustrated by Anupam Arunachalam, marks a new beginning. To my knowledge, it is the first attempt to tell the story from the point of view of children themselves, specifically, the youngest of them, Sahadev. Being a son of Madri, he is a Pandava  but not a Kounteya. If ancient Madra was indeed Madras, this affords yet another fresh approach, as the events and characters of the Mahabharata are basically from the north of India.