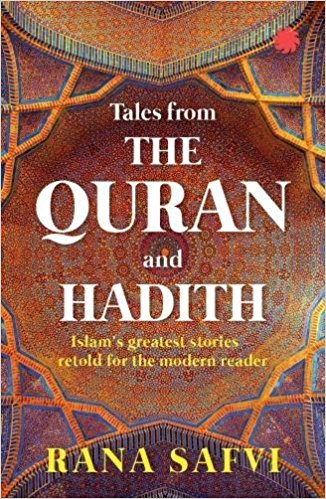 Juggernaut Books could not have published Tales from the Quran and Hadith at a better time. India in 2016–17 is perpetually       grappling with misconceptions about Islam. From ill-informed journalists to self-proclaimed defenders of the faith, it is an open season which has left the ordinary citizens of the country confused, and in some cases angry. The controversy regarding the Triple Talaq has added fuel to fire which does not show any signs of abating as the Supreme Court deliberates on the issue. For people who are wondering about the role of  women in traditional Muslim society, these tales will be an eye-opener. Though the book does not provide answers to questions like the rights of women in Islam, as we go through the tales we see strong women characters emerging who also show the same fallibility as a woman from any other society would. Beginning with the beginning, ‘The Creation of Man, Kun Fayakun: Be and it was’—God’s creation of man, breathing of life into him and giving him a soul, Rana Safvi, in a very non-didactic manner, takes the readers through 20 tales which shed light on different aspects and bring out the spirit of Islam. At the very outset the author makes it clear that she is not an Islamic scholar but a believer. That sets the tone for the tales to follow. They are told in a simple, easy to read manner without getting into any historical jargon.