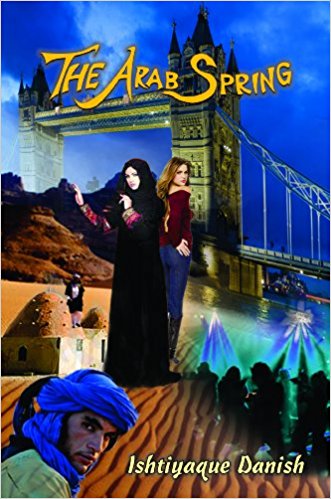 Ibrahim, a youngster from a rich Saudi family in Riyadh goes out to the restaurant with his mother and sisters, and comes out shell-shocked. He has seen his father take a young woman to a ‘family cabin’. The immediate inference (and it turns out to be the right one) is that his father has married again.

‘As there is no cousin and no other relative of this age, my Mom and sisters soon realized that our father has got a second wife, keeping us in the dark. We all fell in deep sorrow. My Mom stood still as blood had dried up in her veins'( p. 18).

Ibrahim observes his mother in her agony, and even hears her cry of anguish to the maid-cum-companion: why, why did her husband have to do this when, apart from raising four children, she had kept herself slim and attractive, going to the extent of putting Hina on her private parts (p. 24)!

Why indeed. When she puts her question to her husband, he simply says: ‘See this happens. The Shariah has permitted it’.

With remarkable composure, the wife says that she is not questioning the Shariah, but what about keeping the first wife in the dark about the second marriage? Is it not ‘a man-made tradition’ rather than a divine order? ‘It seems practical’, answers the husband.

The wife comes up with an equally practical solution. As the family has substantial properties in England, she goes away there with the children. Ibrahim observes that his parents rarely spoke to each other but that his father made every arrangement for his family’s finances and that his mother ‘persuaded us all to behave well with our father’.

He starts attending college and soon gets drawn towards Azra, a pretty and level-headed girl of Indian origin, a classmate of his not-so-level-headed sister Unaiza. Torn between the Hijab and the mini-skirts, as well as her father in Riyadh and mother in London, Unaiza decides to be ‘a liberated woman’ by learning belly-dancing! She almost gets raped in the process, but gradually learns to effect some multicultural balance with the help of Azra, her sister-in-law to be.

Meanwhile, Ibrahim’s father had realized that in spite of breaking the heart of his first wife, he had not won that of his second. Rather, he has destroyed a young girl’s dream of a handsome young husband. He solves the problem by divorcing his second wife, marrying her off to a young business acquaintance, and going back to his first.

Ibrahim hears his mother say sarcastically: ‘So you have divorced her. How easy it is for men to do so.’

But then she does eventually say: ‘My man has returned. I leave the past, bitter past behind. I welcome you.’ Ibrahim is happy to see his parents ‘patch up’. He writes eventually: ‘After their reconciliation, Mom and Dad were again a happy couple. Once again, their hearts were one, their business was flourishing and their children were also heading towards a bright future. We had every reason to be the happiest family on earth.’ He marries Azra and the book ends with: ‘We had lost our innocence: we felt the pleasure of our loss. We were indeed proud of being the loser’.

The book is full of such typographic/grammatical errors (unless this happens to be an ill-intended pun).

E.g., ‘It was quite late now. We had made a lot of fun.’ Or, `Except roses there is no good things in England.’

The Glossary could have been somewhat more accurate. Is Jumper just ‘a cloth that women including Muslims wear mainly in India and Pakistan’? Or Lehenga Chunni merely ‘a kind of bridal dress’?

Professor Ishtiyaque Danish, Professor of Islamic Studies, Hamdard University is a ‘serious academic’ with a ‘special knack for literature’ (back of front cover). In this novel he has brought his vast knowledge of Urdu, Arabic and English texts to bear upon issues such as Hijab, Polygamy and Multiculturalism (Pre-face). He presents argu-ments for and against them using various cha-racters in their various predicaments. This ‘stra-tegy’, he says, is to ‘create an atmosphere of Ijtihad, intellectual reasoning, in the Muslim world’.

But Ijtihad apart, we can read this novel just as an exercise in coping.

A family, snug in a fancied blanket of hap-piness and prosperity, suddenly gets exposed to the elements—a sand-storm in Riyadh as well as a snowstorm in Lon-don. But it copes.

Youngsters in the family go through a traumatic reversal of situation and emerge stronger.

That, I feel, is the basis of the novel. The primary appeal is general, or, in today’s jargon, global. Islamic or country-specific nuances are secondary. Any one of us anywhere may go on a family outing—and come back with one’s world shattered. Yes, it can happen to you or me, and there lies the impact of this novel.

Despite its physical or adult connotations, I would put it in the tradition of such ‘Children’s Classics’ as Railway Children and Little Women, where too the children and their mother cope with the father being suddenly taken away from the family, be it to prison or battlefield.